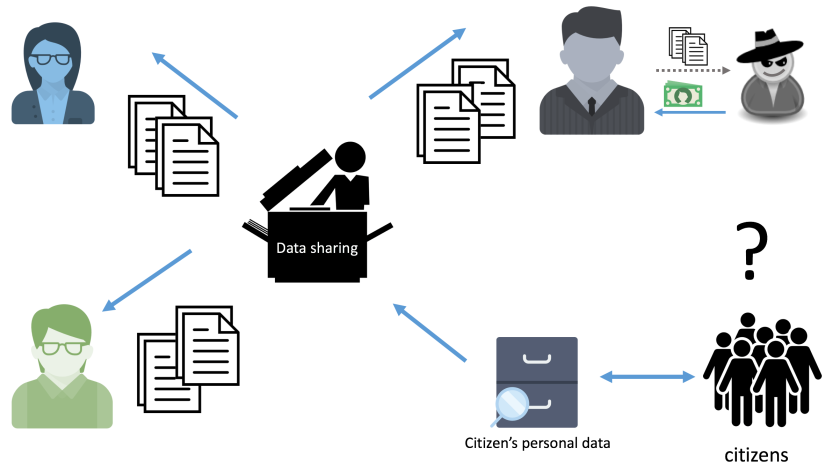 Twenty-six UK businesses, academics, professional bodies and civil society leaders have today published a letter in the Daily Telegraph expressing concerns about the current state of the “information sharing” provisions of the Digital Economy Bill. (I’m one of the signatories to that letter).

The letter is online behind the Telegraph’s Premium paywall (although you can sign up free to read one Premium article a week). You can find it here (below some letters about the Autumn statement).

Some of the concerns it raises are:

The Bill puts government ministers in control of citizens’ personal data, a significant change in the relationship between citizen and state. It means that personal data provided to one part of government can be shared with other parts of government and private‑sector companies without citizens’ knowledge or consent.

Legal and technical safeguards need to be embedded within the Bill to ensure citizens’ trust. There must be clear guidance for officials, and mechanisms by which they and the organisations with whom they share information can be held to account.

The letter to the Daily Telegraph comes seven years after a previous letter from over 30 signatories raised eerily familiar issues with data sharing proposals going through Parliament. That letter from 2009 flagged very similar concerns:

The amendments would enable the Secretary of State, Treasury or a Minister in charge of any government department almost unfettered right to make an Order permitting “any person” to share personal information across the public and private sectors for any purpose in line with the government’s policy objectives. The use of information is not required to be consistent with the original purpose of the data. Moreover, the Order-making power will not be contingent on obtaining the consent of the individuals whose information is being shared.

It’s almost as if someone has mischievously dusted off these old proposals and tried to sneak them back past Ministers again in the hope they won’t notice or remember them from last time around.

Back in 2009, the Government withdrew the proposals after coming to recognise their flaws. At the time the spokesman for Justice Secretary, Jack Straw, is reported as commenting that:

Jack recognised the strength of feeling and he recognised that the clause was drafted in a way that was too wide, and so needed to be looked at again.

It’s disappointing that some seven years later similarly poorly defined proposals for data sharing have been re-introduced to Parliament, still absent the required legal and technical safeguards that raised so many concerns last time around.

The whole idea of data sharing seems to have been repeatedly mis-sold to Ministers as some kind of policy panacea to magically reform our public services – without any comprehension of the hard work required to ensure it can work in a secure technical and legal way.

A timely blog from Edgar Whitley at the London School of Economics yesterday highlighted that in practice “data sharing” is not the magic solution that some officials have claimed. His blog observes that in

an article published nearly 30 years ago, Australian academic Roger Clarke highlighted the problems that can arise when data-sharing and matching is based on poor quality data.

So it’s hardly as if these well-known, practical difficulties are anything new.

Edgar then uses a review of a current UK government data sharing arrangement (PDF) from earlier this year. It demonstrates the same issues, and that poor data quality and associated difficulties with data matching are still a very real problem:

The inspection found, however, that “records for individuals were incomplete or had been completed incorrectly (with data placed in the wrong fields), or there were delays in updating records”

Hardly a surprise to anyone familiar with the quality of data in most organisations. Importantly, Edgar observes:

The report found problems with the safeguards that had been put in place including the memoranda of understanding about data-sharing between the various agencies … Moreover, the inspector’s concerns that the justification for the policy “is based on the conviction that they are ‘right’ in principle, and enjoy broad public support, rather than on any evidence that the measures already introduced are working or needed to be strengthened” … the benefits of data-sharing “must not be assumed, but carefully assessed”

It’s important that the public sector makes much better use of data. But this is not what the current personal information sharing proposals in the Digital Economy Bill will achieve.

As our letter states

The Government’s intention is to improve the wellbeing of citizens, and to prevent fraud. This makes it especially important that sensitive personal details, such as income or disability, cannot be misappropriated or misused – finding their way into the hands of payday-loan companies, for example. Information sharing could exacerbate the difficulties faced by the most vulnerable in society.

As the previous Government acknowledged when it withdrew the data sharing proposals last time around, it’s important to get this right.

"Nothing to hide? Nothing to Fear!"
A modern, topical farce in one act. Available now from Amazon.